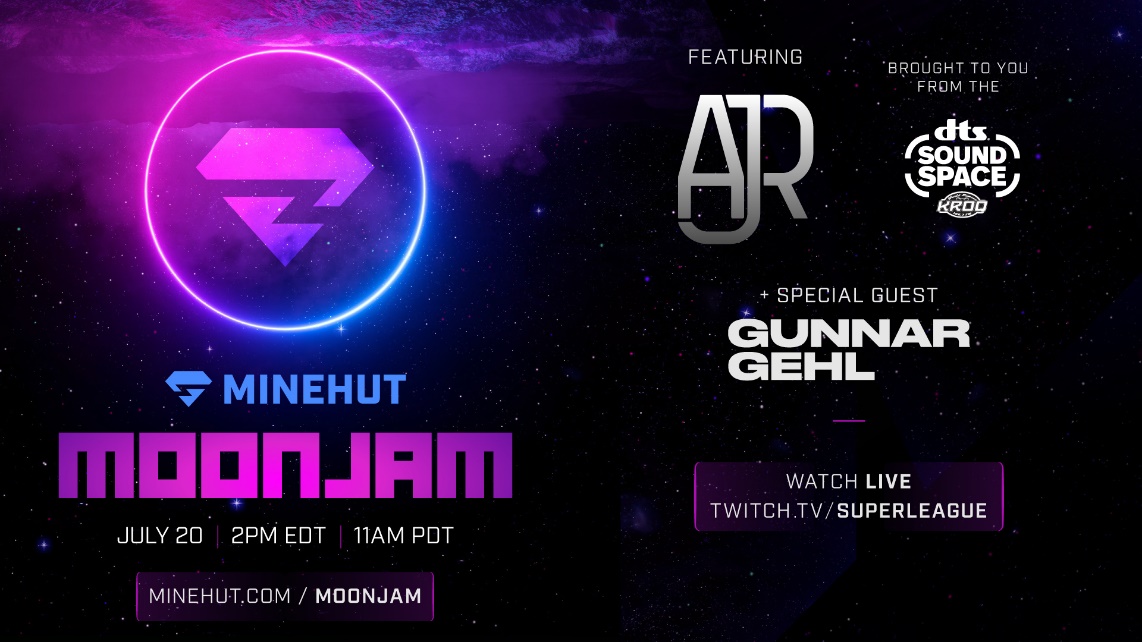 SANTA MONICA, Calif., July 19, 2021 (GLOBE NEWSWIRE) -- Super League Gaming (Nasdaq: SLGG), a global leader in video gaming experiences and entertainment for players of all ages, announced today the launch of its exciting MoonJam Festival. Tied to the 52nd anniversary of the historic Moon landing, Moonjam kicks off a month-long epic series of events and activities within the Minehut Game Lobby, the hub of Super League’s thriving Minecraft community.

The stellar fun blasts off July 20th at 11:00 AM PT with the exclusive MoonJam Concert. The moon will rise over the Minehut Lobby with digital performances from award-winning recording artist AJR, in partnership with DTS Sound Space and LA’s KROQ-FM, and rising star Gunnar Gehl, in an entirely new and original concert venue making its official Minehut debut. And for those who can’t make it to the lobby for the concert, Super League’s Virtualis Studios will be broadcasting LIVE on the Minehut YouTube channel and TikTok, showcasing the performances for fans and viewers around the world. Hosted by Minecraft YouTube superstar Shubble and professional wrestling and entertainment personality Booker T, the live stream will feature all of the activity within the Festival, including mini-games with special prizing, zero-gravity areas, interactive bonuses such as special particle emotes and much more.

“The Moonjam Festival is set to be a seminal event for Minehut and Super League Gaming. AJR, Gunnar Gehl, Booker T, Shubble – games, prizes, a live broadcast, legions of global fans … it will indeed be epic!” said Matt Edelman, Chief Commercial Officer at Super League Gaming. “Part of our passion at Super League is creating content-driven experiences for our community that they cannot get anywhere else. That has been a key component of our recent growth, particularly with young gamers, and will be a big part of our strategy well into the future.”

The Moonjam digital concert will be streamed repeatedly for twelve hours on July 20th, after which players will be able to enjoy the Summer Nights themed Minehut Lobby for a full month, with ongoing prizing from Minehut and its partners.

About Super League Gaming
Super League Gaming (Nasdaq: SLGG) is a leading gaming and esports content and community platform that gives tens of millions of players multiple ways to create, connect, compete, and enjoy the video games they love. Fueled by proprietary and patented technology systems, the company’s offerings include competitive gaming tournaments featuring many of the biggest titles in the world, gameplay properties that allow young gamers to experience and build their own imaginative Minecraft worlds, and production and distribution software tools that power billions of views of live streaming and video-on-demand content annually. Through partnerships with world class consumer brands, in-game player monetization, and a fully-virtual cloud-based video production studio, Super League is building a broadly inclusive, global brand at the intersection of gaming, experiences, and entertainment. For more, go to superleague.com.

Forward-Looking Statements
Safe Harbor Statement under the Private Securities Litigation Reform Act of 1995. Statements in this press release that are not strictly historical are “forward-looking” statements within the meaning of Section 27A of the Securities Act of 1933, as amended, and Section 21E of the Securities Exchange Act of 1934, as amended. These statements involve substantial risks, uncertainties and assumptions that could cause actual results to differ materially from those expressed or implied by such statements. Forward-looking statements in this communication may include, among other things, statements about our possible or assumed business strategies, potential growth opportunities, new products and potential market opportunities. Risks and uncertainties include, among other things, our ability to implement our plans, forecasts and other expectations with respect our business; attracting new customers and maintaining and expanding our existing customer base; our ability to scale and update our platform to respond to customers’ needs and rapid technological change; increased competition on our market and our ability to compete effectively, and expansion of our operations and increased adoption of our platform internationally. Additional risks and uncertainties that could affect our financial results are included in the section titled “Risk Factors” and “Management’s Discussion and Analysis of Financial Condition and Results of Operations” in our Annual Report on Form 10-K for the year ended December 31, 2020 and other filings that we make from time to time with the Securities and Exchange Commission which, once filed, are available on the SEC’s website at www.sec.gov. In addition, any forward-looking statements contained in this communication are based on assumptions that we believe to be reasonable as of this date. Except as required by law, we assume no obligation to update these forward-looking statements, or to update the reasons if actual results differ materially from those anticipated in the forward-looking statements. 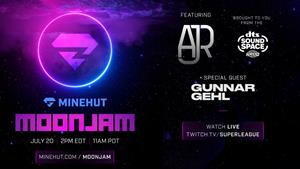