Universal Pictures, which releases all DreamWorks Animation films, has pioneered a new way to create connections with young audiences. With this new campaign, The Bad Guys characters come to life in front of a player’s eyes every time a player passes by. As they encounter pre-programmed dialogue boxes that trigger exciting and fun conversation, gamers can get to know and start bonding with the film’s colorful characters prior to the film’s April 22 release. In just the first four days of the program, the collection of ad units, including The Bad Guys billboards, animated GIFs, and 3D ads, generated more than 10 million impressions of at least 10 seconds in duration, and were seen by more than 2.2 million unique players. More significantly, players self-selected to interact with the 3D characters for more than 42 days of total chat time, yielding a 15% engagement rate and an engaged user rate of 62%, with 62% of players who recorded an impression choosing to chat with the 3D Bad Guys characters. This rate is substantially greater than the average Tik Tok engagement rates of 1.5-16% (source: Funnel.io), which is highest among social media platforms. In addition, the campaign featured the prompt "We are going to pull off the ultimate heist and go from bad to good! See us in movie theaters April 22! Will you watch?" 79% of users responded ‘Yes.’ Bottom line: The Bad Guys and Super League’s 3D ads are good in game!

Super League’s full suite of ad formats come fully equipped with robust performance analytics, now optimized for 3D units, offering critical measurement around key metrics, including engagement rate, response rate, chat time, exposure time, reach, and complete audience demographics. This is the first of many campaigns that will allow players inside Roblox to interact and converse with brands like never before.

“At DreamWorks Animation and Universal Pictures, we are committed to innovation and creating unforgettable characters that thrill, amuse and entertain audiences of all ages, so we are delighted to help introduce DreamWorks’ incredible Bad Guys to the world through Super League Gaming and the gaming metaverse,” said Nicole Schlegel, Vice President of Global Digital Marketing for Universal Pictures. “We have zero doubt that gamers will have a blast as they meet and interact with these characters and that it will enrich their experience with The Bad Guys when the film arrives in theaters on April 22.”

“The ability to bring these characters to life at scale takes in-game experience to a whole new level,” said Mike Wann, Chief Strategy Officer for Super League. “These products are able to create authentic, exciting interactions with new personalities, and delight players with engaging new activities in the gaming metaverse. This new format not only brings deep insights for brands, but also incremental monetization for game developers - all while increasing in-game dwell time.”

About The Bad Guys

Nobody has ever failed so hard at trying to be good as The Bad Guys.

In the new action comedy from DreamWorks Animation, based on the New York Times best-selling book series, a crackerjack criminal crew of animal outlaws are about to attempt their most challenging con yet—becoming model citizens.

But when, after years of countless heists and being the world’s most-wanted villains, the gang is finally caught, Wolf brokers a deal (that he has no intention of keeping) to save them all from prison: The Bad Guys will go good.

Under the tutelage of their mentor Professor Marmalade (Richard Ayoade, Paddington 2), an arrogant (but adorable!) guinea pig, The Bad Guys set out to fool the world that they’ve been transformed. Along the way, though, Wolf begins to suspect that doing good for real may give him what he’s always secretly longed for: acceptance. So when a new villain threatens the city, can Wolf persuade the rest of the gang to become … The Good Guys?

About DreamWorks Animation
DreamWorks Animation (DWA), a division of the Universal Filmed Entertainment Group, within NBCUniversal, a subsidiary of Comcast Corporation, is a global family entertainment company with feature film and television brands. The company’s deep portfolio of intellectual property is supported by a robust, worldwide consumer products practice, which includes licensing, and location-based entertainment venues around the world. DWA’s feature film heritage includes many of the world’s most beloved characters and franchises, including Shrek and Puss in Boots, Madagascar, Kung Fu Panda, How to Train Your Dragon, Spirit, Trolls, The Boss Baby and 2022’s The Bad Guys have amassed more than $15 billion in global box office receipts. DreamWorks Animation’s television studio is one of the world’s leading producers of high-quality, animated family programming, reaching consumers in more than 190 countries with a diverse array of award-winning original content through streaming and linear broadcasters.

Forward-Looking Statements
Safe Harbor Statement under the Private Securities Litigation Reform Act of 1995. Statements in this press release that are not strictly historical are “forward-looking” statements within the meaning of Section 27A of the Securities Act of 1933, as amended, and Section 21E of the Securities Exchange Act of 1934, as amended. These statements involve substantial risks, uncertainties and assumptions that could cause actual results to differ materially from those expressed or implied by such statements. Forward-looking statements in this communication include, among other things, statements about our possible or assumed business strategies, potential growth opportunities, new products and potential market opportunities. Risks and uncertainties include, among other things, our ability to implement our plans, forecasts and other expectations with respect our business; our ability to realize the anticipated benefits of events that took place during and subsequent to the quarter ended December 31, 2021, including the possibility that the expected benefits, particularly from the 2021 Acquisitions, will not be realized or will not be realized within the expected time period; unknown liabilities that may or may not be within our control; attracting new customers and maintaining and expanding our existing customer base; our ability to scale and update our platform to respond to customers’ needs and rapid technological change; increased competition on our market and our ability to compete effectively; and expansion of our operations and increased adoption of our platform internationally. Additional risks and uncertainties that could affect our financial results will be included in the section titled “Risk Factors” and “Management’s Discussion and Analysis of Financial Condition and Results of Operations” in our Annual Report on Form 10-K for the year ended December 31, 2021 and other filings that we make from time to time with the Securities and Exchange Commission (the “SEC”) which, once filed, are available on the SEC’s website at www.sec.gov. In addition, any forward-looking statements contained in this communication are based on assumptions that we believe to be reasonable as of this date. Except as required by law, we assume no obligation to update these forward-looking statements, or to update the reasons if actual results differ materially from those anticipated in the forward-looking statements.

Photos accompanying this announcement are available at: 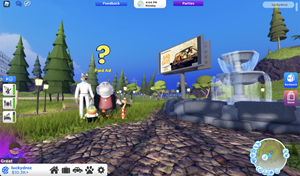 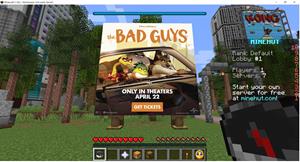 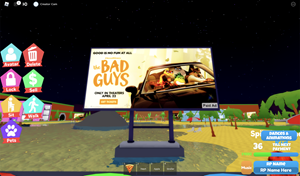