SANTA MONICA, Calif., May 12, 2020 (GLOBE NEWSWIRE) -- Super League Gaming (Nasdaq: SLGG), a global leader in competitive video gaming and esports entertainment for everyday players around the world, has developed and continues to advance its sophisticated live broadcast production capabilities to meet the company’s particular business needs: live streaming mass participation, competitive gaming events in which players in dozens -- even hundreds -- of locations all are competing at the same time, as evidenced in this highlights reel. In today’s remote working environment, this proprietary system provides an ideal solution for Hollywood productions, particularly in unscripted television in which simultaneous, real-time interactions between multiple people are the keys to good entertainment.

When the current pandemic mandated stay-at-home measures, SuperLeagueTV, Super League’s production studio, was able to seamlessly become a fully remote operation featuring a virtual production control room accessible to multiple producers, technical directors, sound engineers and other staff. Live streams are recorded simultaneously through a cloud-based infrastructure and made available for distribution to multiple broadcast endpoints in real-time, whether for viewing on audience platforms such as Twitch, YouTube and Facebook, or for viewing by production staff and talent while producing a show to be aired on a future date.

“For unscripted productions in the reality, game and talk show genres that are facing serious production challenges during COVID-19, our system could be a gamechanger,” said Matt Edelman, Chief Commercial Officer of Super League Gaming. “With our fully-remote capabilities and real-time live streaming infrastructure, producers can deliver the critical real-time interaction between personalities, contestants, guests, and characters of all types that drive the narrative and progression of an episode, even while all involved – in front and behind the camera – are in their own homes.”

Whether for live or live-to-tape broadcasts, SuperLeagueTV’s system enables capturing and recording individual actions and reactions simultaneously, from each remote location, by making it possible for each participant to see what others are doing in real-time. Producers and directors at home also can guide individuals in order to encourage a particular storyline or dialogue, with virtual controls at their fingertips.

In addition, Super League has received a Notice of Allowance from the US Patent and Trademark Office (USPTO) for its ‘camera character’ technology that creates a spectator view during a multi-player game. Essentially, a virtual character is placed in a game with ‘real’ players for the purposes of visualizing the action of the game from the perspective of the virtual player. The character’s movements are triggered by a form of artificial intelligence designed to follow the most interesting and exciting action of each game. Since this technology’s development, this spectator view has been employed by Super League in the live broadcast and spectating of competitive gameplay across multiple video game titles, including League of Legends, PUBG Mobile, Clash Royale, CS:GO, Street Fighter V, Minecraft and more.

Super League continues to blaze a trail in forward-thinking IP, platforms, and technology as a vital piece of the company’s strategic mission. In addition to this patent, Super League has filed several others with the USPTO that are currently in various stages of review.

About Super League Gaming
Super League Gaming, Inc. (Nasdaq: SLGG) is a leading esports community and content platform for competitive, everyday gamers, fans and friends of all ages and skill levels. With a focus on positive and inclusive gameplay, Super League enables players to experience their sport like the pros while also developing sportsmanship, communication and team-building skills. Powered by a proprietary technology platform, Super League operates physical and digital experiences in partnership with publishers of top-tier games. Local movie theatres, PC cafes, restaurant and entertainment venues are transformed into esports arenas where gamers compete, socialize, spectate and celebrate the amateur esports lifestyle. Super League’s platform offers unique amateur esports experiences that not only ratchet up the competition for avid gamers, but also attract audiences with elite amateur broadcasts that transform physical venues as well as fuel SuperLeagueTV’s Twitch and YouTube channels.

Forward-Looking Statements
Safe Harbor Statement under the Private Securities Litigation Reform Act of 1995. Statements in this press release that are not strictly historical are “forward-looking” statements within the meaning of Section 27A of the Securities Act of 1933, as amended, and Section 21E of the Securities Exchange Act of 1934, as amended. These statements involve substantial risks, uncertainties and assumptions that could cause actual results to differ materially from those expressed or implied by such statements. Forward-looking statements in this communication include, among other things, statements about our possible or assumed business strategies, potential growth opportunities, new products and potential market opportunities. Risks and uncertainties include, among other things, our ability to implement our plans, forecasts and other expectations with respect our business; our ability to realize the anticipated benefits of events that took place during and subsequent to the quarter ended March 31, 2020, including the possibility that the expected benefits will not be realized or will not be realized within the expected time period; unknown liabilities that may or may not be within our control; attracting new customers and maintaining and expanding our existing customer base; our ability to scale and update our platform to respond to customers’ needs and rapid technological change; increased competition on our market and our ability to compete effectively, and expansion of our operations and increased adoption of our platform internationally. Additional risks and uncertainties that could affect our financial results are included in the section titled “Risk Factors” and “Management’s Discussion and Analysis of Financial Condition and Results of Operations” in our Annual Report on Form 10-K for the year ended December 31, 2019 and other filings that we make from time to time with the Securities and Exchange Commission which, once filed, are available on the SEC’s website at www.sec.gov. In addition, any forward-looking statements contained in this communication are based on assumptions that we believe to be reasonable as of this date. Except as required by law, we assume no obligation to update these forward-looking statements, or to update the reasons if actual results differ materially from those anticipated in the forward-looking statements. 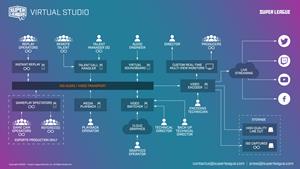